You are here: Home / Food and Recipes / Soup / Cold and Tangy Andalusian Gazpacho Soup
Privacy Policy This post may contain affiliate links for products I recommend. If you purchase, I may earn a small commission at no cost to you.

Andalusia in Spain is located in the south of the Iberian peninsula, east of Portugal and the Atlantic Ocean; and north of the Mediterranean Sea and the Strait of Gibraltar, which separates Spain from Morocco, and the Atlantic Ocean. While I was there, I loved sipping on their wonderful Gazpacho so it inspired me to create the recipe below.

Enjoy this recipe for Andalusian Gaspacho 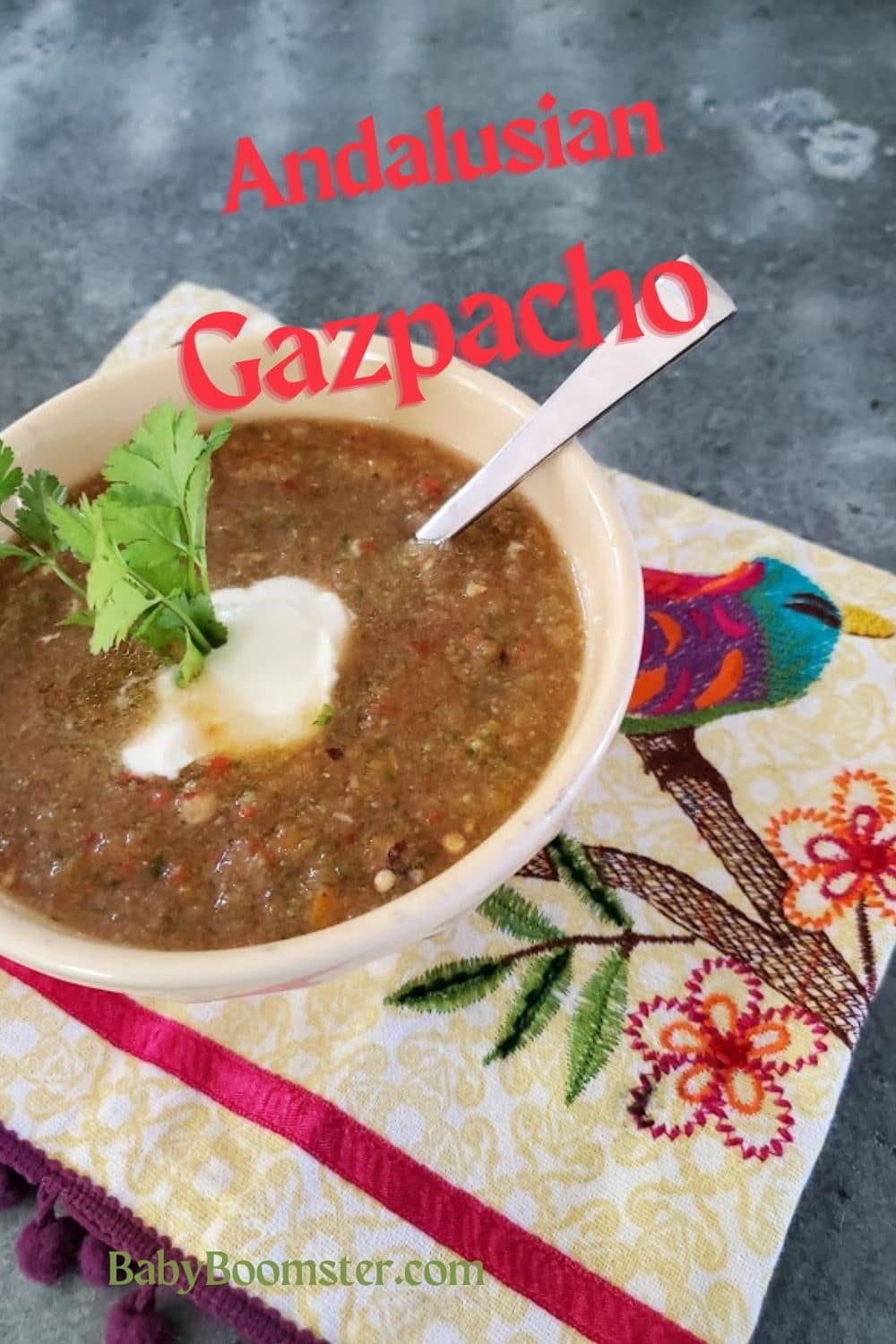 The origins of Gazpacho go back to Roman times. However, the recipe evolved as it is today after Columbus discovered America and brought back tomatoes and cucumbers from the New World.  There are many variations of it.

Gazpacho is made by blending vegetables in a tomato base. If you can, use organic vine-ripened tomatoes, cucumbers, and peppers for the best flavor and nutritional value. Experiment by adding your favorite herbs and other garden vegetables.

Tomato-based gazpacho is the most power-packed soup as far as nutrition is concerned and is often referred to as liquid salad.

To be truly authentic, you can mash up the ingredients in a mortar, but using a processor is perfectly acceptable and much easier.

The wonders of Andalusia

Andalusia is a romantic and magical place to visit and is known for gypsies, flamenco dancers, Moorish palaces like the Alhambra in Granada pictured below, and beautiful scenery. It’s divided into 8 provinces that include Almería, Cádiz, Córdoba, Granada, Huelva, Jaén, Málaga and Seville.

Gazpacho originates from the southern part of Andalusia but is widely enjoyed throughout Spain and Portugal. It’s perfect for a warm summer day sitting on the Costa Del Sol, or in your own backyard.

Are you a fan of cold soups?  What’s your favorite? Please leave a comment below.