You are here: Home / Food and Recipes / Appetizers / Watercress Dip with Greens and Herbs Recipe
Privacy Policy This post may contain affiliate links for products I recommend. If you purchase, I may earn a small commission at no cost to you.

The watercress dip recipe below is a mixture of fresh watercress leaves and savory herbs. It can be used either as a dip or sauce for seafood, shellfish, or chicken.  If used as a dip, make sure to chill it in the refrigerator for at least 1 hour.  Otherwise, pour it on meat or vegetables before roasting them.  You’ll enjoy its intoxicating flavor when it’s done. 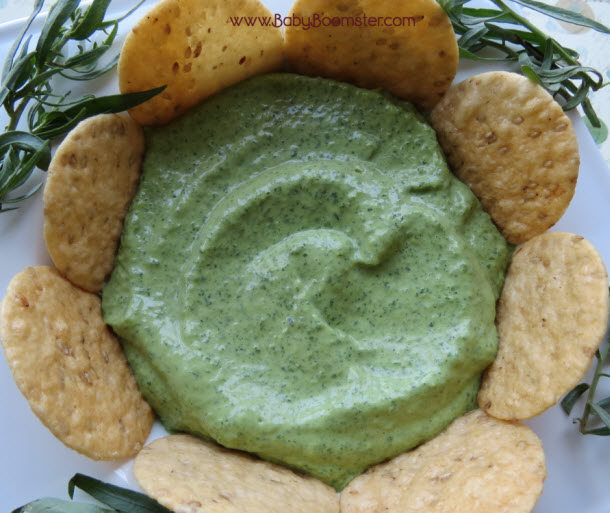 Rebecca Forstadt Olkowski
This is a delightful dip or sauce made with herbs and watercress that you can serve with crackers or vegetables.
Print Recipe Pin Recipe
Course Appetizer
Servings 2 cups

A study, published in the British Journal of Nutrition, reports that eating a small amount of watercress every day raises the levels of key antioxidants that fend off damage caused by exercise. You might want to try growing organic watercress seeds.

Watercress is believed to be an aphrodisiac. Islanders in Crete have sworn by its powers and their ancient recipes have been handed down from generation to generation. An Arabian prince had watercress flown out from the UK in the 1970’s so he’d be up to satisfying his harem!

What’s your favorite dip?  Please leave a comment below.