You are here: Home / Things to do / Celebrities / The Academy Awards 2022 – WTF?
Privacy Policy This post may contain affiliate links for products I recommend. If you purchase, I may earn a small commission at no cost to you.

As an actress who has been in the entertainment industry for 40 plus years, I wanted to put my two cents in about the 2022 Academy Awards Show. I try to write about more timeless topics rather than current events, but I can’t stop thinking about what we witnessed that night.

As Baby Boomers, we’ve seen our share of Academy Awards shows. I remember them being exciting, glamorous, and fairly dignified. But they have digressed in recent years. There have certainly been controversies in the past starting with Oscar winner Hattie McDaniel being relegated to the back of the theatre. Marlon Brando had a Native American actress accept his award and a streaker flashed his junk behind David Niven.

Political statements are expected as many industry folks are passionate about causes, but we have never had an actor punch out a comedian on stage because of a bad joke. Worse yet, he wasn’t removed and received a standing ovation after accepting his reward. Later, he partied the night away with everyone else. Vanity Fair? What were you thinking?

I am fully behind actor Jim Carrey who commented, “actors are spineless.” It’s sad to say because I’ve been a member of the Screen Actor’s Guild since 1981.  The situation was beyond awkward.  The Academy couldn’t exactly drag the actor out in front of the TV audience. PR reps were frantically sitting behind their charges doing damage control. Have you ever watched the TV show “Flack?”

Then, the actor who was voted Best Actor, got up to accept his award and proceeded to spew out an apology blaming his actions on the character he portrayed using the excuse he was a “protector.” Director Pedro Almodóvar likened it to a “cult speech.” He is right.

To the actors who stood up and applauded: What were you thinking?

The method only goes so far

I went to the Strasberg Institute in Hollywood for a while when I was a young actor. It was the premiere acting school that taught “the method.” I found it to be self-serving and narcissistic in many ways and they thought I was shallow, so like A Chorus Line, I found another class. Some method actors have a hard time dropping their characters after wrap, which is kind of absurd.  The film the actor had been honored for has been in the can for a while, so he has had plenty of time to drop his “character.” He was just being an A-hole.

It was all about him

He not only took the focus away from the show leaving the comedian in shock, but the Documentary category award winner was also overlooked, and Francis Ford Coppola who followed after that seemed confused. The hosts were “traumatized and triggered.” To be honest, I’m still triggered. DeNiro should have at least given the actor a threatening glare.

The actor also insulted the family of the character he portrayed in his Academy Award-winning film and his own family. Venus and Serena were mortified and their father, whom the actor portrayed, agreed with them.

Should the comedian be at fault?

Chris Rock may have told a “dumb” joke but after watching a rerun of the show, because my roommates and I couldn’t figure out how to see it live on streaming, he barely said much at all. Certainly not enough to cause the actor to become violent. Chris recovered well and went on with the show despite the disruption.

Comedians have a right to say what they want even if it is tacky and insulting. Don Rickles was a master of insults and was hilarious. I personally don’t love the mean-spiritedness that has seeped in over the years. I always enjoyed the cleverness of Bob Hope, Johnny Carson, and Billy Crystal. Hugh Jackman, Neil Patrick Harris, and several others were excellent as well. But comedians are chosen to host because of their talent and don’t deserve violent actions for doing their job.

The dispute the actor had with Chris Rock could have easily been settled off stage or at the party. But he chose to put himself in the spotlight without any concern for ruining the show. He must have truly thought he was a King.

Does he deserve to have his award taken away?

The Academy, the Screen Actor’s Guild, and other award organizations voted him the best based on his talent. So taking his award away and awarding it to someone else would be meaningless. But he shouldn’t be allowed to present the award for Best Actress next year and should be thrown out of the Academy. If not, the Academy will be condoning his violent action which would be very WRONG!

I’ll be honest. I watched all the films up for the Awards because I get screeners. I thought he deserved it at least up to that point. He was at the height of his career and self-sabotaged himself. But, that, in itself, does not make me feel sorry for him.

My other issues with the Academy Awards

Aside from the fact that the show was difficult to access for those of us who only have streaming and not cable, it was a good show overall. The three hosts, Wanda Sykes, Amy Schumer, and Regina Hall were funny and talented. The Memoriam left out Ed Asner, Norm MacDonald, and Bob Saget who appeared in some films, which was sad. Asner, especially, had a huge body of work.

What I don’t understand, and you may disagree, is why Oscar gowns must be cut in front down to the navel so all you think about is when will the actress have a wardrobe dysfunction? I thought for sure Tracee Ellis Ross’s girls” would make an appearance. It isn’t that I’m prudish. I just don’t think that look is elegant and it is kind of in your face.

But who will remember the dresses? All we’ll think about is the slap. 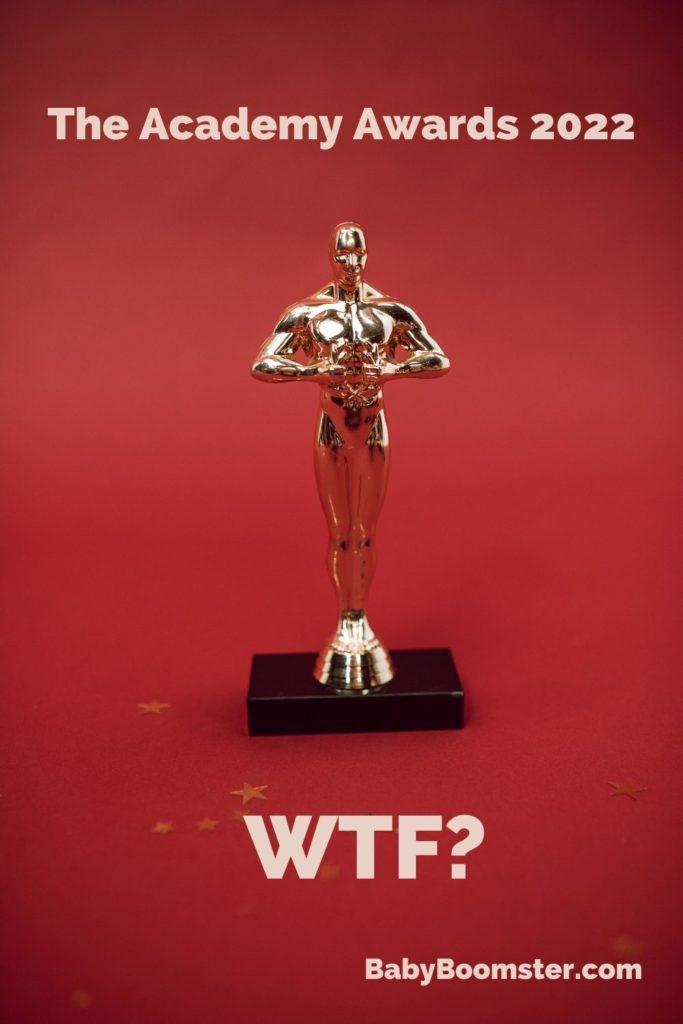